OAKDALE (KDKA) — There are plenty of sources to fuel vehicles these days, and those vehicles were all on display at the Community College of Allegheny County’s Oakdale campus Friday.

It looked like an auto show — rows upon rows of cars, trucks and buses.

This was “Odyssey Day,” designed to introduce the public to alternative fuel and vehicles with advanced technology — everything from natural gas buses to school buses that run on propane, to the all-electric Chevy Bolt and the Tesla.

“There’s no one technology that’s probably better than the other per se because it’s about what fits your market and where you’re at,” Rick Price, executive director of the Pittsburgh Region Clean Cities, said.

He says many large companies like UPS and Giant Eagle have already embraced the technology, powering much of their fleet with alternative fuels.

It’s important, says Price, not only for the environment, but also to give the United States fuel independence.

“If we can get stuff with cleaner air, greenhouse gases and also be kind of independent from what happens in other parts of the world,” Price said.

CCAC has been a large part of that.

“We have a great relationship here with the college because they teach alternative fuel classes here at the college, and there’s a number of vehicles out there that we’ve outfitted for them to do that,” Price said.

Please click here to read more and watch the video 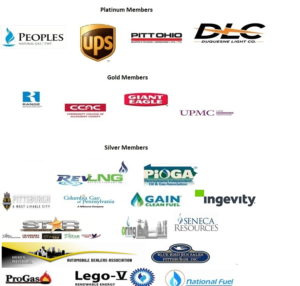